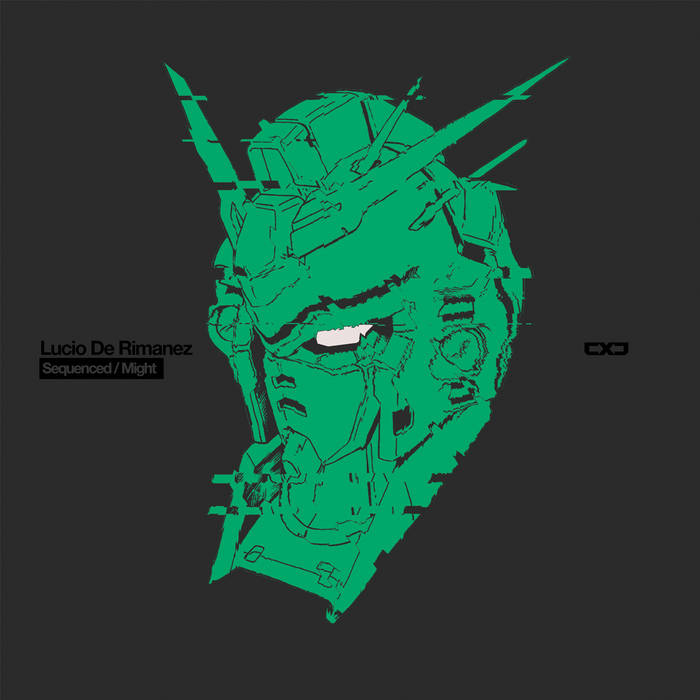 We are delighted to welcome Lucio De Rimanez to the EXE family for our fourth release. Bridging the gap between breakcore and the darker side of the dnb scene, his music is in a class of its own. Having racked up a slew of formidable releases on some of the most iconic labels in the industry, the Russian producer is known for fierce, bone shattering drums and ingenious arrangements of sound. EXE-D004 contains four tracks of precision engineered, dystopian dance-floor destruction and with remixes by Manchester's Meecha and Nian Dub to accompany the two original tracks, the darkness comes in many different shades.

With an impressive back catalogue of unique and varied drum and bass flavoured music, the focus on quality over quantity has allowed Lucio to create the kind of tunes that leave a lasting impression. Going beyond hard and noisy for its own sake, this producer works like a true craftsman, carving out sound sculptures that stand the test of time like monuments to futuristic dystopia. His ability to create bass driven music that both shocks and excites is what defines him and the first release from Lucio since 2014 demonstrates his continuing development as an artist.

Might sounds like a symphony played by sonic weapons. Brutal and ferocious from the outset, this track features military style snare rolls to punctuate the relentless, pounding half time rhythm that dominates throughout. Augmented with tortured rave stabs and sinister horror film chuckles, the huge kick drum thumps in to the pit of your stomach as the snares and percussion crack you around the head. This tune is the snarling, merciless end of level boss that makes you snap your controller. The skull shattering, sledgehammer blow that ends the battle. Reminiscent of some of the classic hard dnb that shaped the genre we know today, the sheer force of this tune is impossible to ignore. After a brief respite provided by a distant, haunting piano that allows you to acclimatise and tend to your wounds, the superbly selected video game samples signal that the full force of that savage, driving, military rhythm has just reloaded for another assault. You don't stand a chance.

Sequence is the sound of artificial intelligence awakening in the darkness of a burnt out city. The age of the machines has entered a new era and the line between the human and digital self no longer exists. A cyborg built from chrome and alien circuitry stalks the neon streets under the gun metal grey of acid rain clouds, slaying all comers with indiscriminate brutal, efficiency. This is the sound of the self destruct sequence. The bassline swells and flexes like melted rubber and the artillery grade drums create an immediate impact that will set dance-floors and synapses ablaze with frenetic, chaotic energy. The second half of the tune demonstrates Lucio's immeasurable versatility as he breaks the rhythm down and reconstructs it to create that glorious switch in tempos that makes it seem like the world is falling apart around you. To create something sounds like destruction is a fine art and this tune rolls like liquid metal forging a path through concrete.

Bandcamp Daily  your guide to the world of Bandcamp